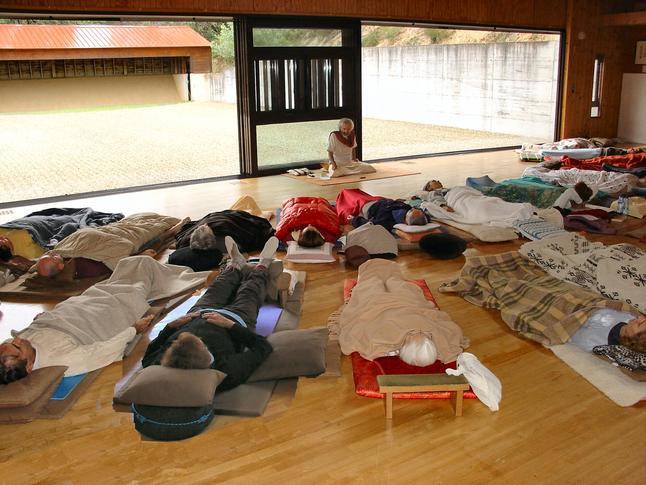 A thousand-year-old ancestral practice from India, more popular than truly known, Nidra Yoga is an approach that uses dreams and sleep as tools for spiritual research.

Q: Nidra Yoga is generally translated as “sleep and dream yoga”, what do you think of this translation in relation to the practice?

Riehl: This is a literal translation that, like many notions about Indian culture, makes sense when placed in the traditional context. The symbolic representation of Yoga is personified by the god Shiva, an archetypal yogi whose gaze, borrowed from a quality of sleep called Nidra, creates the world. The third eye often depicted on his forehead indicates the extraordinary quality of this gaze, which is at the origin of the process of continuous creation and suggests that gazing at the world tends to modify it.

As for Brahmanism, it asserts that a non-localized activity in the universe dreams of the world. We are, as well as everything that surrounds us, the dream of this activity called Brahma (god).

Yoga tells us that by becoming attentive to the process of the dream (and not to the images of the dream) we can enter into the nature of the dreamer. This attention is similar to an observation whose intensity alone causes a process of de-identification. The state then lived possesses one and only faculty, that of unfolding, of spreading. It is this expansion that will bring Brahma out of his sleep and allow him to recreate the world.

The Mahâbhârata suggests that Brahma dreams the world in order to remember it, because the moment of his awakening amounts to a dissolution of the universe. He dreams the world so that he can create it again.

In search of this quality of Brahma’s gaze, Nidra Yoga seeks to make possible this state of observation that is both passive and dynamic. It transmits a method of gradually gaining access to a gaze free of any reaction, any judgment, devoid of any inner response. It is a practice that engages the process of thinking in order to defuse it.

Q: How does their articulation work and how are they related to one another?

Riehl: Before discussing how they are related, let me clarify what these three states of thought are from the point of view of this tradition.

We must first understand that Yoga in general, and Nidra in particular, considers thought as a function that can coherently manage existential situations, but is totally incompetent in approaching the realm of the essential. Even worse, Yoga considers thought as the major obstacle to any relationship with the sacred dimension of life!

It insists on the preeminence of a paradox by stating that a fine observation of the processes of thought allows us not only to put them in order, but also to be free of them.

The first state, that of wakefulness, gives us the feeling of being more or less autonomous in relation to the events that occur in our life.

The second is the dream state. In this one, we are in a way controlled by the dream and have little, if any, autonomy. It is the subconscious that guides.

Within the dreamless sleep, which is the third state, what happens is so far removed from our ordinary consciousness that we do not perceive it.

For example, imagine that you are walking on a railway. In the waking state, if a train arrives, you have enough awareness to put yourself to the side.

In the dream state, you do not have this systematic control, and you can either be hit by the train, fly away or wake up.

In the state of deep sleep, you have no consciousness at all, you do not perceive anything.

Between these three states, intermediate states are interposed. They are both subtle emanations of the main states and also serve as passages from one to another. For example, between the waking and dream states appears an intermediate state that I call “reverie”, or daydream, where one is neither truly vigilant nor truly asleep, and in which one begins to dream without being totally absent from the surrounding reality.

This state of reverie is, in its very nature, the energy that connects the conscious to the subconscious. It is an activity of thought extremely subtle, fleeting and often refuting any awareness. Only observation permits one to be aware of it. In the same way, there is between the dream and deep sleep states, another intermediate state more subtle than the reverie or daydream, connecting the subconscious to the unconscious.

Finally, there is an intermediate state between dreamless sleep and the waking state, which is to say between the unconscious and conscious.

In the margin of the three main functions, there is a state that the tradition simply calls “the fourth state”, or Turya in Sanskrit. It is not really an additional state but the simultaneous presence of the first three: the conscious, subconscious and unconscious.

The energy of the fourth state is identical to that present in the intermediate states, but with a much greater intensity. It creates the link bringing together all the states of thought.

This reveals a very elaborate knowledge of the functioning of thought that is almost unknown to us in the West.

Q: Within all of this, can you specify the place of the dream? What are its functions? Is the dream a tool, a springboard, an obstacle, or something else which would have a new meaning?

Riehl: The dream is all of the above, and more.

Like the waking state, the dream consists of images, arrangements of shapes and colors, words and sounds, and sometimes more rarely, tactile, olfactory or taste sensations.

We must understand that what differentiates dreams from the waking state are not the images or sounds, but only the perception we have of them.

It is precisely here that the difference between psychology and spirituality appears. Nidra Yoga belongs to a large corpus – Yoga – whose journey is above all a quest for the sacred dimension of life.

Psychology, on the other hand, can be considered mainly as an investigation of thought, of the psyche. Nidra makes the dream a tool for the quest for spiritual enlightenment.

What is important is above all the dream-er, because he or she is at the origin of the images, the sounds, the sensations …

The dream is only a mental projection, usually uncontrolled, coming from the dreamer. The approach of Nidra is to research the very nature of the dreamer. Who dreams?

The self is the one who makes the dream; it is also the one who builds and organizes daily life. This me – the dreamer – is changeable, impermanent. He identifies with the experiences he lives. And the dream is only one form of experience among others.

The Nidra is interested in the intimate relationship between dream and dreamer, so difficult to perceive. This problem could be summarized by the question: what is the nature of this relationship?

The changing self lives dreamlike experiences; it is he who tries to give them meaning, to make categories of them. He passes in turn through different states: the dream self, the waking self and the self in deep sleep.

Q: Can you tell us about these categories according to Nidra?

Riehl: First there is the ordinary dream. It’s the one we all know. It often interests us more in the waking state, when we seek to understand the symbolism. This research does not have much interest within Nidra because it is carried out with the help of our logical thought and our memory about an object which is already of the past and of which we have already lost the “flavor”.

It is this flavor, related to an immediate understanding, which enters precisely in the second category called the lucid dream (or premonition).

There is within the dream a kind of understanding in the process taking place. What fascinates us is not the images themselves but the state of clarity which expands perception. Something is understood and something understands! Generally, the images and words become more intense. This sensitivity can cause an inner event that could be called an “experience”. For example, I dream but I know that I dream; or I am aware of the room, of the person who sleeps next to me and of those who sleep in the other rooms … The dream transcends the usual operations of time and space. I’m dreaming about something that’s going to happen or has happened and that I’ve never heard about … It’s not the fact of having foreseen something that motivates us here, but that of having been in this state of premonitory perception. When the experience is repeated often, one gradually notices this state and then makes it priority. It is not a question of using the premonitory faculty, it is a matter of identifying the energy that makes the premonition exist.

The third category is that of the dream of revelation. By revelation we mean a greater intensity of clarity in which there is a perfect match between what has been lived and the veracity of what has been lived. The abolition of all distance allows a state of joy to emerge.

Q: Is this state of joy the ultimate goal of Nidra Yoga?

Riehl: No. It is only one of the necessary qualities to enter the most internalized part of the process. It would be more correct to call it a state of contentment (sântosha).

This contentment actually arises in the dream of revelation. But it is above all a door in the sense that it also opens the perception of the linking energy, that which is present in the intermediate states of which we have already spoken. Let us remember that this energy of the intermediate states is divided into three different intensities, according to the activities of the thought that it connects.

These three intensities are associated to what defines the state of Yoga (the state of unity or union), namely Sat (to be), Chit (consciousness) and Ananda (Bliss).

In the fourth Turya state these three states are simultaneous; it is then called Satchitananda.

It is only Turya (or Satchitananda) that can be considered the ultimate end of Nidra Yoga. More specifically, as the end of the effects of the transmission from the teacher to the student.

There is a last stage called Turyatita which is the permanent establishment of Turya. It no longer depends on the teaching, but only on the student’s practice, and also, I think it must be said, on something else that could be called “grace”, which exceeds all understanding.

In other words, Turya is a state of awakening conditioned and limited in a measurable space-time.

Turyatita is free of time and space, unconditioned and unlimited. It is the ultimate goal, not only of Nidra Yoga, but also of any path. It is said that it is in itself the end of all questioning and suffering.

END_OF_DOCUMENT_TOKEN_TO_BE_REPLACED 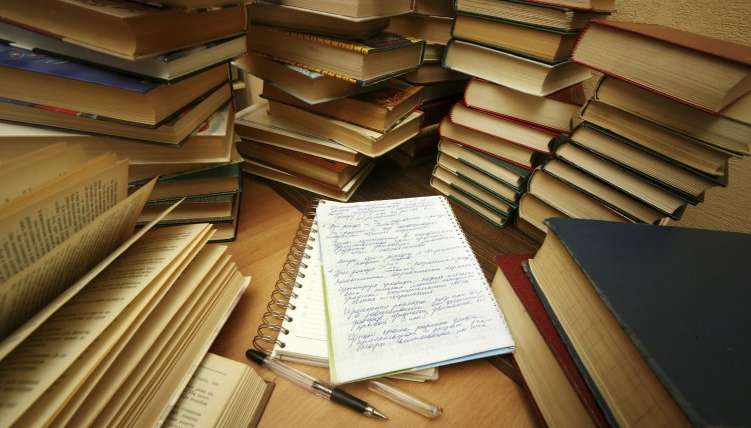